Damian Grant’s poetry and poetry reviews have been published in the London Review of Books, Critical Quarterly, and PN Review. He edited the Critical Quarterly Poetry Supplement 11, Poetry 1970 (Manchester University Press), and his other published works include: D.H. Lawrence: State of the Art (1989), and Realism: The Critical Idiom (2017). He has furthered scholarship on War Poetry with numerous articles published in both English and French. 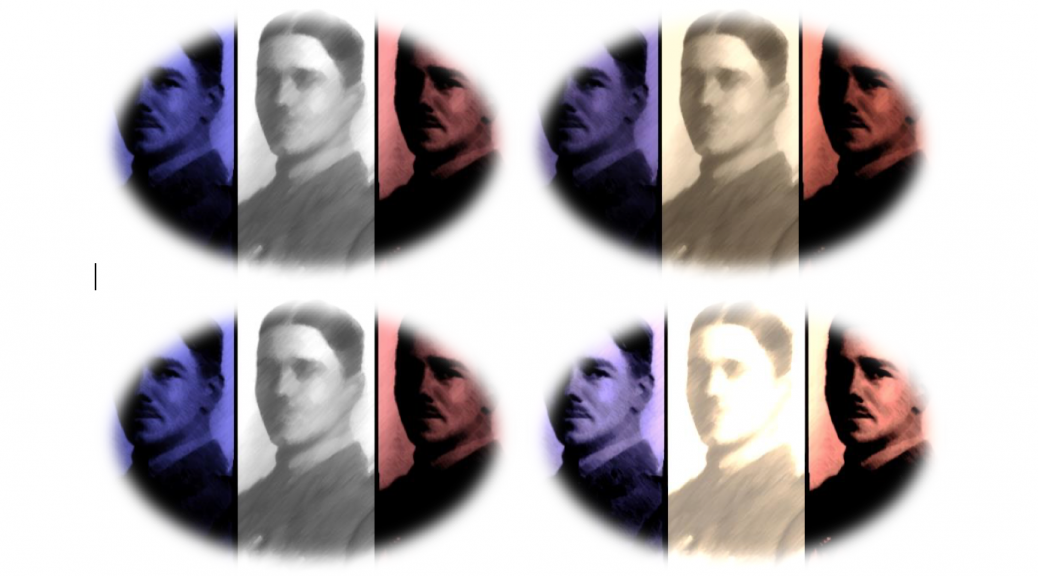 England one by one had fled to France,
Not many elsewhere now, save under France
“Smile, Smile, Smile”, ll. 21-3

Wilfred Owen could not anticipate that he too would be among the many who, having “fled” their country to go to war, would find their last resting place under France. Thus he lies in the cemetery at Ors (French commune graced by the construction of the Maison Forestière Owen in 2011), eternally exiled in “some corner of a foreign field”. The 2018 conference “Wilfred Owen and/in France”, organized at the university of Valenciennes with Brigitte Friant-Kessler and in conjunction with the Oxford Center for Life-Writing, wished to celebrate Owen’s French trajectory by offering both a centennial commemoration of his life and a reconsideration of the role France had on his growth as a man and as a poet.

Already familiar with Brittany through childhood trips with his father, Owen arrived in Bordeaux with “good schoolroom French” (Kerr, 258) in 1913 to teach English at the Berlitz school. From there, he explored the south of France and stayed notably in Bagnères-de-Bigorre in the Pyrenees, only to return in January 1917, this time to northern France and the Somme battlefields. Owen had thus first-hand emotional, linguistic and artistic knowledge of France, something most of his fellow war poets lacked, Sassoon and Graves included. Owen’s undeniable French connections have however never been studied extensively before, outside of punctual references to symbolist and decadent literary influences in his canonical scholarship. This anniversary issue aims to highlight whatever “Frenchness” animated “Monsieur Owen” and if and how this influenced his career as a poet. It also attempts to compensate the relative dearth of French scholarship on Wilfred Owen who, despite being officially memorialized and inscribed in France’s national “Chemins de la mémoire”, has garnered rather scant academic scrutiny and  public recognition over the years to the point where one could say he has not yet been properly received in France.

This issue of The War and Peace Review thus aims to reconsider the links between Wilfred Owen and France and, conversely, between France and Wilfred Owen. What did France represent to a young Georgian poet who ― unlike his modernist counterparts  quick to adopt France as their literary homeland ― was not enamored with French literature and fought, above all, “to perpetuate the language in which Keats and the rest of them wrote” (CL, 300)? What recognition and posterity does he have in France? Can one speak of a French Owen as there is a French Joyce and even a French Eliot and if not, why?

The first section of this issue attempts to map the contours of France’s influence over Owen’s poetic trajectory and the maturation of his form and style. Jennifer Kilgore-Caradec’s paper ventures into overlooked sources in her study of Laurent Tailhade’s influence on Owen’s budding poetic vocation, as well as the young poet’s exposure to Francophone novelists and poets such as Barbusse, Duhamel, Péguy, Verhaeren, Flaubert, Mallarmé, Apollinaire and Hugo. Through an extensive analysis of “Spring Offensive”, Laure-Hélène Anthony Gerroldt studies Owen’s representations of the French landscape, perpetually caught in a dialogue with the poet’s British heritage. This paper is completed by Thomas Vuong’s own analysis of Owen’s ambivalent Franco-British imaginary, qualifying the importance of French influence in his work through a study of his landscapes, his use of French words and his sonnet rhyming schemes. Finally, Jérome Hennebert’s paper examines how Wilfred Owen’s lyricism became “objective” partly under Keats’s aegis and that of the 19th century symbolist poets Stéphane Mallarmé and Paul Verlaine, decentering the lyric subject in a manner which announces the modernist movement.

A second section focuses on Owen’s reception in France. What exactly is Owen’s critical and popular posterity in France, and by whom is he read? Sarah Montin’s paper explores the ambiguities of the poet’s reception in France, from the 1920’s to 2020, through the lens of academic and intellectual criticism, creative appropriation and translation. The following papers act as companion pieces, giving a voice to two important “passeurs” of Wilfred Owen in France; poet, translator and publisher Emmanuel Malherbet and Belgian novelist and translator Xavier Hanotte.

The third section covers biographical questions, allowing for fresh insights into Owen’s formative years in France. Gilles Couderc’s in-depth exploration of his time in Bordeaux and the Pyrenees between 1913 and 1915 sheds new light on understudied parts of Owen’s poems, language, life and correspondence while Roland Bouyssou’s paper offers a broader overview of the poet’s trajectory in France. Paul Elsam’s aural-accentual study opens new lines of inquiry such as the manner in which speaking French shaped not only Owen’s personality but also the manner in which he spoke. Finally, Neil McLennan’s paper discusses Owenian aspects of the “Auld Alliance”, offering an analysis of Owen’s Franco-Scottish influences and Owen’s little-discussed meetings with Albertina Marie Dauthieu, a Frenchwoman living in Scotland, whose interactions with Owen provide new glimpses into his life.

To conclude, the fourth section of this issue is meant to be read as a tribute, an artistic homage to Wilfred Owen with poems by Damian Grant and the first pages of Paul Elsam’s screenplay Wilfred in Love (2018). This is completed by an assortment of translations by Emmanuel Malherbet, Roland Bouyssou and Sarah Montin, from variations on classics such as “Anthem for Doomed Youth” to other less famous poems, as yet untranslated into French.

Thomas Vuong
“England one by one had fled to France”: French and British imaginaries in Wilfred Owen’s poems

RECEPTION AND TRANSLATION IN FRANCE

Paul Elsam
From the screenplay Wilfred in Love (2018)